Mediterranean bound on Mallorca, Yannick and Ben Jakober are busy both as artists and collectors of the exotic Museo Sa Bassa Blanca. Engaging with art, architecture and nature underpins the seaside location which aims for a didactic approach to art viewing.

“Our Museo Sa Bassa Blanca wants to appeal to a large inquisitive public most of whom have no specialised knowledge of the works of art and we try to create a personal relationship between the visitor and the art.”

Artists Yannick and Ben Jakober have been collecting art for the last 50 years, following in the footsteps of their parents who were collectors on one side and artists on the other. The pair’s endeavours mostly reside with the foundation in Mallorca (that bears their name), along with a selection of their collection of Moroccan artists, in their home in Marrakech.

The Yannick and Ben Jakober private foundation was established in 1994 upon 16 hectares of grounds and 1 600 square meters of covered exhibition spaces. Open to the public 6 days a week, they facilitate a program that urges to open windows to access, view and understand art, to some 5000 school children annually. With a specific dedication to children, there is further a large portrait collection, of children dating from the 16th to 19th centuries. Additional pursuits of the foundation include contemporary art as integral, a SoKraTES space, which plays on space and time, and a large grouping of Aboriginal Art.

Highlights of the original collection include works by Domenico Gnoli, Rebecca Horn, Miquel Barcelo, Alan Rath, Miralda, Jose Maria Sicilia, James Turrell, Vu Cao Dam and Barry Flanagan. Additionally presented are works by the founder collectors themselves, most of which are monumental granite and bronze sculptures standing in the open parklands.

Recently, in a dialogue of ancient artefacts together with the artists above, Moroccan positions such as  Chaibia Tallal, Boujema Lakhdar, Mohamed Tabal, Ali Maimoun, Abelmalek Berhiss, ‘Z’bel Manifesto’, Abdelazis Baki, Ait Tazarin and Soukaina Aziz El Idrissi have been included, as well as and a new group of African artists. This has been exhibited with the title “Ex Afrika Aliquid Novi” and includes  GreshamTapiwa Nyande, Thierry Oussou, Soly Cissé, Micheck Masamaw, Serge Attukwei Clottey, El Anatsui, and Houston Maloudi, who are now the focus of the Museo Sa Bassa Blanca’s research. Establishing connections with local and foreign visitors is integral and multilingual guides are on hand to foster such exchanges.

In the words of the collectors, “let us surprise, bring down barriers and assemble works that mark our time but will still be topical 50 or a 100 years from now.” 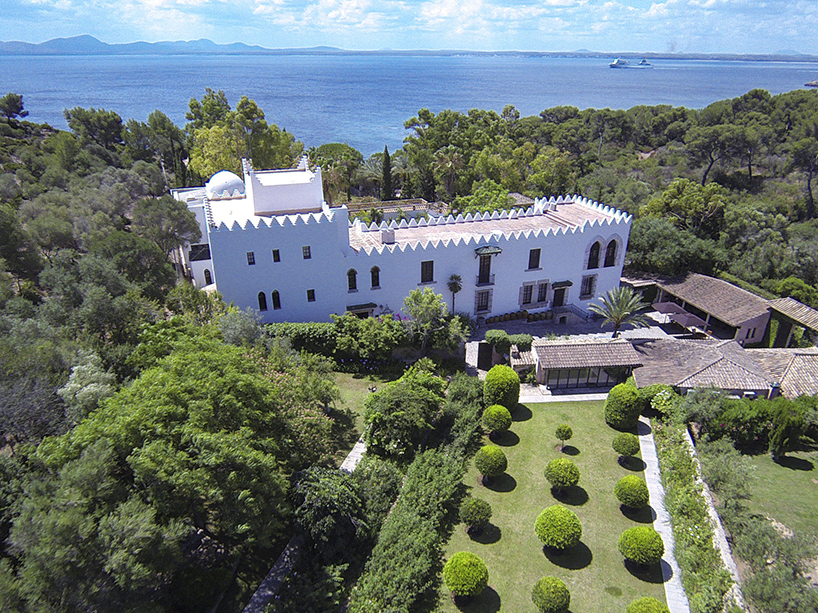